If you want to call pitches like a pro … get your pop times below 2.0 … throw more guys out …

.... this will be the most important letter you ever read.

Here’s why: You’re invited to a brand-new boot camp only for catchers, with MLB coaches and pro players in attendance, to help you reach your next level as a catcher.

But first … you and I can both agree: Catching is HARD.

With all the skills you have to master … and the physical dangers you face … you're practically a Navy SEAL out there.

You have to read your pitcher like a book, sense their problems, walk out and calm them down like a psychiatrist ... and all those jobs are rolled into one hot, sweaty, PUNISHING position.

Nobody understands or appreciates everything you do as a catcher, except maybe pitchers. But even they don't work as hard as you do.

They can change pitchers two or three times an inning ... change infielders or outfielders ... but they can’t simply change catchers. Think about that ...

So, it’s about time somebody designed a training event to cover ALL the skills you need to excel at your position.

That time is now. That event is The Elite Catchers Boot Camp. And you’re invited.

Here's why this is important: Elite players have elite coaching. It's as simple as that.

The instructors and coaches you surround yourself with will largely determine how far you go as a catcher. That's why I've assembled catching coaches from Professional Baseball including the Major Leagues to give you ...

The Missing Pieces To The Catching Puzzle

You see, when most people think about catching, they think about receiving, blocking, and throwing ... and those are all important. But it's the other essentials -- the little things that add up to BIG improvements -- that you must master if you want to reach the next level as a catcher.

At this brand-new, 3-day Elite Catchers Boot Camp, you get hands-on training in these essentials:

But that's not enough. You could read about pro-level catching techniques or see them in a YouTube video.

What makes this Boot Camp so valuable to you are the elite-level coaches who are working with YOU personally.

With over 100 years of combined experience playing and coaching at the highest levels of baseball, including the Majors, you get access to catching secrets and shortcuts you won't find anywhere else.

Here's A Quick Look At Who's Coaching And Mentoring You:

Greg Brown, Tampa Bay Rays coach and former head coach at Nova Southeastern University. He's been called the "Dean" of college catching instructors in America, coaching the last 2 Rawlings Gold Glove recipients at catcher, including one of our instructors, Garrett Wolforth! With 15 years of experience developing elite players, Brown has seen 35 of his players sign pro contracts since 2011.

Jerry Weinstein, one of the game's most respected coaches, with over 35 years of experience at the college and pro levels. A member of the American Baseball Coaches Association Hall of Fame, he's author of "The Complete Handbook of Coaching Catchers."

Eddy Rodriguez, Major League Catching Coach for the Miami Marlins and former catcher with the San Diego Padres. His family defected from Cuba on his father's fishing boat when he was 7 years old, nearly dying on the journey. You'd better believe Eddy can make you tougher and better when it comes to blocking techniques!

There's me, Coach Ron Wolforth. Since 2003, over 120 of my players have been drafted. I've consulted for 3 MLB clubs and dozens of NCAA teams. Sports Illustrated said: “[V]elocity can be learned. Wolforth tells the story of a high school junior who came to him in 2005 throwing 68 mph, just hoping to make the varsity team. Two years later the kid was throwing 90 with a commitment to a Division I college program.”

Plus, our special Pro Instructor and my son, Garrett Wolforth. He's been exposed to our throwing secrets for his entire life at the Texas Baseball Ranch, which may explain why he was drafted as a Catcher last year by the Cincinnati Reds. He set a PG Record at the 2014 National Underclass All-American Games of 89 mph from behind the plate, and the best pop time at the event that year of 1.75. You'll love learning from his experience!

Here's A Sample Of
What You'll Discover ...

Meet Your Coaches And Instructors 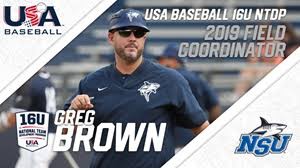 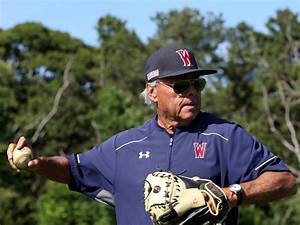 Why Is This A "Must-Attend" Event?

This Elite Catchers Boot Camp is for you if ...

"Am I Elite Enough For This?"

To me, elite is mostly about drive and passion, not current ability. If you love catching -- TRULY love catching -- you are elite. But if you simply like to play catcher but don’t really want to improve, I recommend a less intense camp.

Nearly 40% of players who come to The Texas Baseball Ranch ... come back for their second and third camps. Why? Because with every visit, they unlock new levels of skills and expand their potential. They learn more and they become better. Now it’s your turn!

Fact: You may already be a good catcher. Maybe even a great catcher. But your current ability does NOT matter. Because at the Ranch, you don’t just reach your fixed potential ... you discover how to expand your potential and go beyond what you thought was possible.

What’s possible for you? You may never know. Not unless you have the right coach to bring it out of you. That’s the most important thing a coach can do -- paint a picture of what’s possible for you. And that's why I've assembled a whole team of the best catching coaches I could find for you.

Bottom Line: When you go home, you will almost certainly surprise yourself and shock your teammates. And you can't make a mistake thanks to our Texas Size Money-Back Guarantee. So please, don't put this off and miss out.

What Parents And Catchers
Are Saying About This Event

“Way more than a camp! This is elite catcher training at the professional level. We have attended many catching lessons and camps from Florida to Georgia and this is the best. Small groups gave each player time to work with coached individually and to ask questions. Well worth the money. We will do this training again."
- Debbie Meaux, Gulf Breeze, Texas

“We could not have been more pleased. From enrollment to arrival and completion, the process was organized and streamlined. The camp itself was dynamic, thorough, professional, interactive. This has already been a game changer for my son in several areas and he will be back the next time this is offered. He is already talking about all he can take home and put into practice and then carry forward to his team.”
- Kelly Verret, Needville, Texas

“Wow! The coaches are excellent. Their knowledge shows the gap between where we are now and where the pros are. Within 15 minutes, you notice that you are in the presence of professionals! Thank you for this opportunity. Nothing like it anywhere else.”
- David Stowers, Mobile, Alabama

“This wasn’t the typical repetitive drill instruction. Getting input from these great coaching minds all at one event is unheard of. I appreciate Ron, the TBR staff and the list of coaches involved for putting together a high caliber event for a group of kids that play the most important role on the field. We’ll definitely return.”
- Gerry Garcia, Houston, Texas

For your travel convenience, you can arrive Friday morning and still make our 4pm start!

First day of elite training, coaching, and Q&A. Learn from other guys, make new friends, and watch yourself improve.

Two more days of assessments, elite training, coaching, and Q&A. You take home a personalized development plan, so your new skills are "locked and loaded" for next season!

We finish early Sunday afternoon, so you can travel home faster.

The Boot Camp is held in our 4,700 sq. ft. theater and assessment center ... or as we call it, The Big Red Barn. Designed specifically for baseball training and for quick access to our two 3,600 sq. ft. practice barns for hands-on sessions. It's been called "the ultimate venue for the advancement of baseball."

IMPORTANT!
When we sell out, you are locked out.

This Boot Camp is designed to deliver more personalized, MLB-level, catchers' training in 3 days than you can get all year. So we've decided to limit attendance to only 30 players. And 9 signed up right away.

As of today, over 1,800 players have been invited to those remaining 21 spots.

This is your first, last, and ONLY chance to get in at this ticket price, so don’t miss out. You'll receive a confirmation email including hotel information after you sign up. Plus ...

It's simple: Come to the Boot Camp. Put us to the test. If, by lunch on Day 2, you aren't delighted with the event for any reason, just let us know. Your ticket will be cheerfully and immediately refunded. Plus, we'll even pay up to $500 of your documented travel costs! No questions asked. No hassles either. We wouldn't have it any other way.

IMPORTANT: Your $250 savings ends midnight on November 10, 2020. After that, the discount disappears and the price goes up. Please lock in your savings and register today!